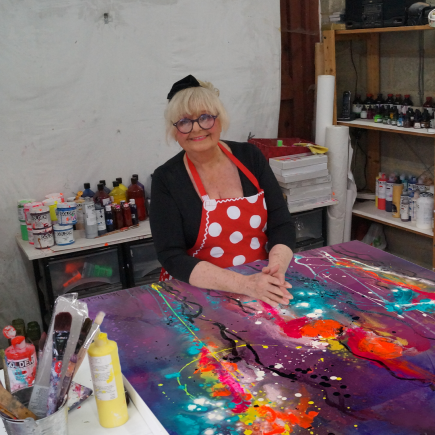 A Pop Of Colour

As well as being the title for her latest collection, ‘A Pop of Colour’, could equally sum up the artist herself! Jean Picton never seizes to amaze with her vibrant artworks, at 87 years young, she’s decided to try her hand with a spray can - and we think they’re pretty incredible! 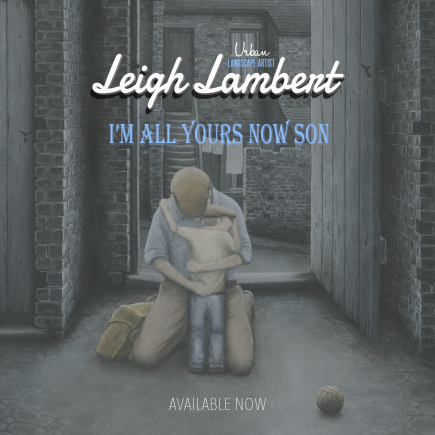 I'm All Yours Now Son

This piece represents a huge life milestone for Leigh, celebrating becoming a father and welcoming to the world his beautiful son Leo.

And to all the other Dad's out there - "Thank you for being there every day with just the love and guidance I've needed. Everything you've taught me has stuck with me and I'm lucky to have a dad like you.” 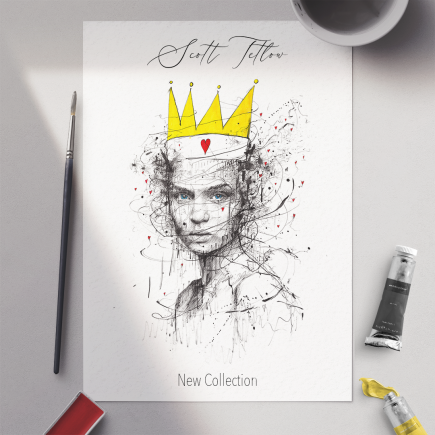 Scott Tetlow’s stunning new collection features a range of abstract portraiture completely modern and original in its inception. There is an elegance to his female forms and yet there is an attitude, a sassiness, a potency of the eyes, that gives these works a supreme sense of power and domination, or is its fragility and vulnerability?

Distinctive of the urban pop movement, Scott’s style is both innovative and iconic, and whether the subject is animal or architecture, it is instantly recognisable and very much a style of his own. Scott lived in Taiwan for a time and his studies of calligraphy have greatly influenced his work. Chinese calligraphy is valued as ‘high art’, both for the beauty of its aesthetic form and its the ability to express the inner beauty of the soul and spirit. Often, Chinese painters will say they are “writing a painting” and this is a concept that continues to shape Scott’s work to this day.

Through his love of calligraphy, Scott has developed a form of painting that is linear and yet absent of the constraints of calligraphy. Instead, it is imbued with a sense of freedom of movement, that is balanced and contained in a considered composition. This movement adds to the illusion of life and spirit. There is a confidence of line, a strength in the flow of creation that adds to the energy of the artwork. Quite clearly there is an abstraction to the work, but there is a realism too that gives his female forms character and personality. Scott’s artwork has a narrative, a story to tell, an energy to be absorbed and his female forms are there to be read, understood, and discovered in all their beauty. 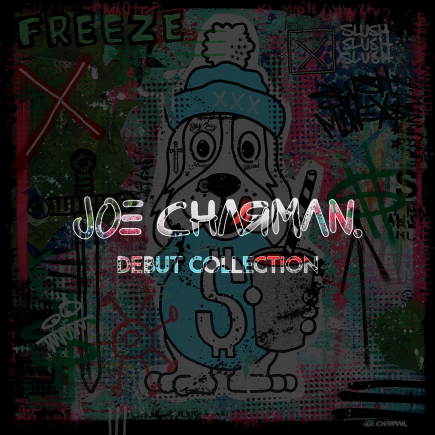 Introducing the Debut Collection by Joe Charman. Joe is a London-based artist whose works are heavily influenced by graffiti and street art. Growing up Joe's love of art spawned from his Dad selling his own works of art throughout the ’90s and subsequently that passion for creating rubbed off on Joe and his younger brother Ben. From an early age, Joe became a fan of artists such as Keith Haring, Andy Warhol, and Jean Michel Basquiat and these artists have helped shape Joe’s artistic development and creations often hiding Haring and Basquiat style symbols beneath the layers of paint as an homage to his idols.

Joes paintings are often centralised around a nostalgic element or character from childhood and sit amongst an explosion of bright colours, carefully cut stencils, splashes of paint, and even wall filler, his aim is to create a multi-textural image that feels like it’s been directly lifted from a street wall.

Joe has been selling pieces throughout his adult life but during lockdown, Joe decided to use this time to get back in touch with his paintings and create a collection of his largest ever works. Now working with Buckingham Fine Art Publishers Joe is expanding into new territories with his first works going on public display and a brand new exclusive collection launch. 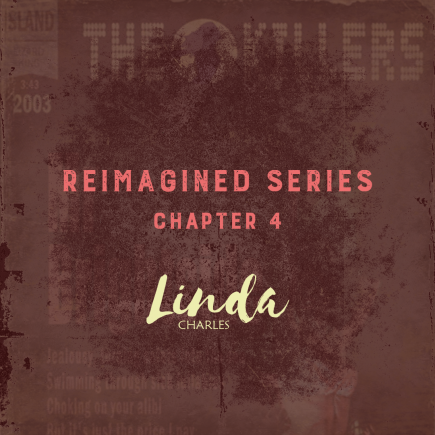 We are delighted to introduce 'Reimagined' by Linda Charles.

This is chapter Four from Linda's Pulp Addiction series - her love for music was the main inspiration for this collection.

If you would like your favourite band, artist or song painting by Linda, she can create something unique via a commission. 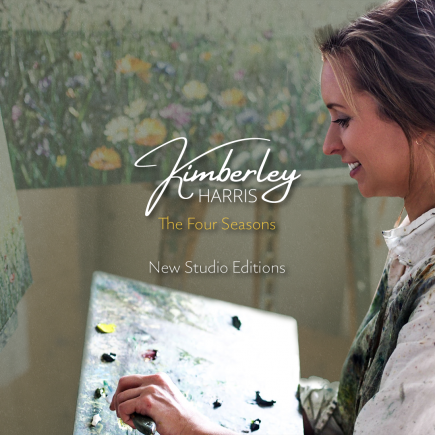 This exquisite new collection by Kimberley Harris sees the embodiment of her signature style in the four seasons. The plush hazy greens and peaches of Spring signifies the optimistic sense of new beginnings, whilst the heat of the Summer sun, complemented by clear blue skies, exudes warmth and light in the season of exuberant growth. The muted tones of Autumn, with moody skies, denote forthcoming change, whilst the subtle diminished shades, accompanied by hushed earthy hues and the last remanence of blue skies, bring a cool radiance to Winter.

Each piece embodies a wonderful sense of emotion and atmosphere. The smooth skies juxtapose with the rich heavy impasto technique of hand embellishment and add further drama to each composition, which is further reinforced by Kimberley’s courageous use of colour.

Seasons by Kimberley Harris is available in an edition of just 45. Each numbered edition is hand-embellished and signed by the artist. These faithful representations combine the skill of the UK’s finest printmakers with the creative hand of the artist, to capture the very essence of the original painting and offer a unique element to every single collectable edition. 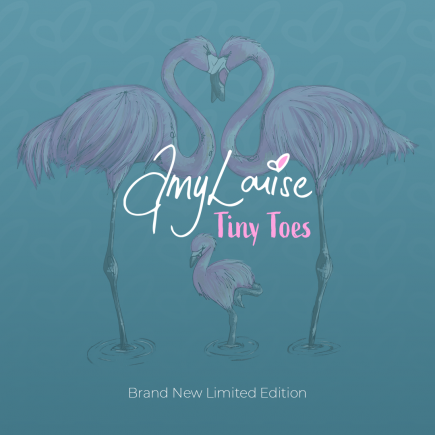 Amy’s portraiture is as renowned for its wit as it is for its distinctiveness. Inspired by all things contemporary, Amy’s work is greatly inspired by textiles and fashion and having graduated with honours in Fashion Design, the influence of her studies on her style is plain to see.

Paying homage to modern culture, Amy captures the personality of the eccentric characters she portrays and illustrates them in enchanting acts of colour and form. The beguiling detail of the subject is juxtaposed with the softness and simplicity of its background and this, along with the bold gloss outlines, ensures the work really packs a punch! There is a certain magic to Amy’s portraits and the latest limited edition 'Tiny Toes' is bursting with personality, charm and humour, and above all is guaranteed to bring a smile!

Tiny Toes by Amy Louise is available in an edition of just 45. Each numbered edition is hand finished and signed by the artist. The title is also available as a larger Deluxe Edition of only 10, and therefore will be highly sought-after.

These faithful representations combine the skill of the UK’s finest printmakers with the creative hand of the artist, to capture the very essence of the original painting and offer a unique element to every single collectable edition. 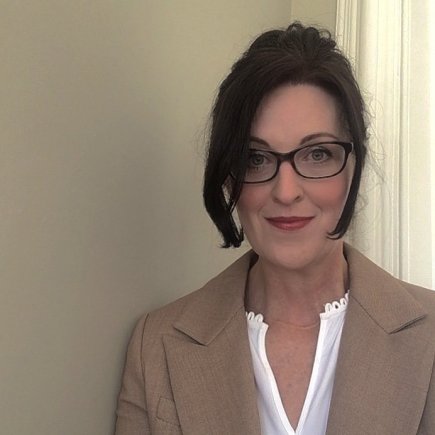 Welcoming a New Member to the Team

Buckingham welcomes a new member to the team. We are delighted to announce that Rachel Dowling-Jones has joined the Bucks team to lead the marketing department and support our network of galleries in accelerating the growth of their businesses.

With a degree in Art History, Rachel has a lifelong passion for art and has worked in the fine art industry for almost 25 years. Having spent many of these years at one of the UK’s leading UK Fine Art Publishers, Rachel brings with her a wealth of experience gained in all aspect of the business. She has held a variety of positions during her career, including retail development, area sales and group marketing management and consequently has a vast knowledge of the gallery business. She will be actively sharing “best practice” with our gallery partners and supporting them as they drive the growth and overall success of their art businesses.

In this new era of Buckingham Fine Art, Rachel will be instrumental in developing and implementing the company’s overall marketing strategy. She will be identifying the opportunities that will assist the growth of the brand, elevate the profiles of our artists, and of course promote our diverse portfolio of artwork, all of which will ultimately bring enormous value to your business working in collaboration with Buckingham Fine Art. 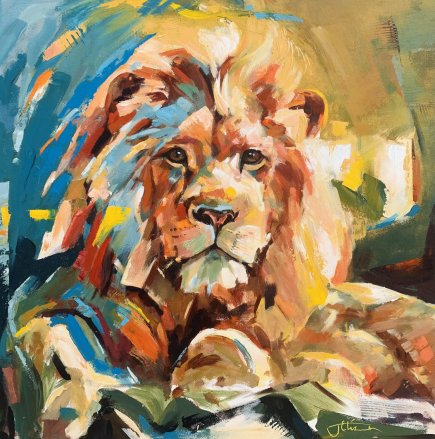 The sculptor and painter Alberto Giacometti once said, ' The object of art is not to reproduce reality, but to create a reality of the same intensity.' Never was this a truer statement than when considering the plight of the animal kingdom and species extinction.

Images of endangered wild animals occur so often in the media that they are at risk of becoming a mere cliché of themselves. By portraying them in heightened or unexpected colours and in a moment of thought and intention, I hope to restore their individuality and remind the viewer that they are living sentient beings with emotions and personality. I begin each piece with a focus solely on the animal's intention, but no specific plan, painting loosely and intuitively until a colour scheme emerges to reflect their character. From there, I paint with a precarious balance of control and intuition to try and capture the creature's energy and free spirit.

Jane Elizabeth, a self-taught artist, has always had a creative streak, drawing and painting from an early age. With a degree in languages, she became a teacher and later, a teacher trainer, indulging her creativity professionally through the design of engaging and highly interactive lessons. At home, Jane has expressed her creativity through interior and garden design.

I've always had a love of colour and texture and happily spend long hours devising interior design schemes for myself, friends and family. I decided to paint professionally when a friend told me I was already creating living paintings in my home and garden! I also love animals and am terrified by the increase in poaching, the loss of their natural habitats and the ever present threat of extinction. I think it was a natural progression for me to combine these interests and paint with purpose. 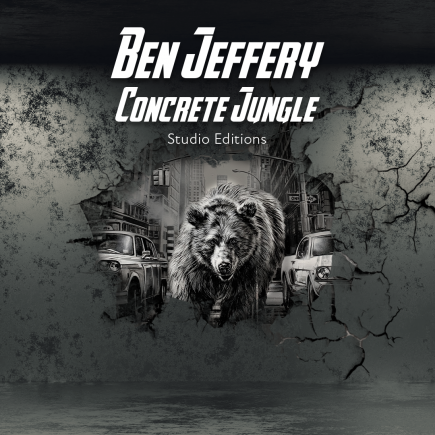 With an edition size of just 45 worldwide we predict these will sell out very soon. 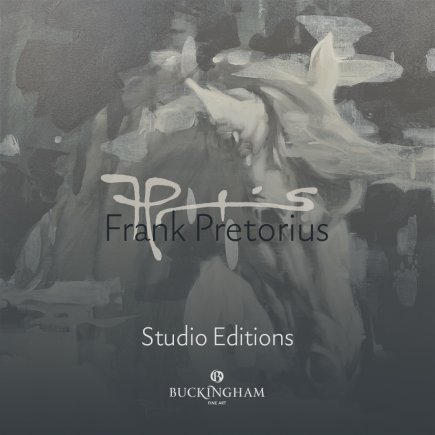 Frank Pretorius' majestic horses and wildlife originals have been reproduced to an unprecedented standard. This premier collection is mixed media ‘Studio Editions’.

Hand produced canvas editions are embellished and enhanced with oil paints and varnishes to create a unique edition with no two the same.

Based on Frank’s stunning originals these seven editions produced to only 45 copies with 5 artist proofs are beautiful in both reproduction and composition, offering the collector a unique opportunity to share in Frank’s original canvas and to enjoy the texture and originality of his individual style. These stunning studio editions have a framed RRP of £795 and £895. 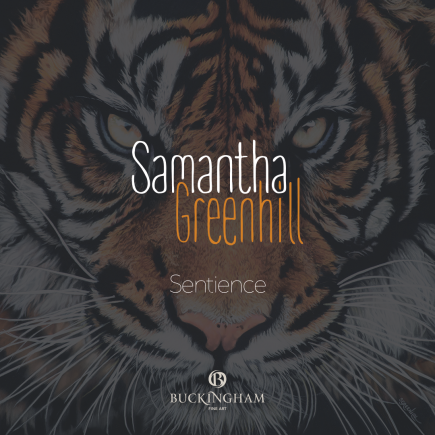 We are delighted to introduce a stunning collection of limited edition Giclee on Paper prints by Samantha Greenhill.

“Sentience - the quality of being able to experience feelings"

I named my latest collection of paintings ‘Sentience’ for two reasons. Firstly to celebrate that as of 2019, ‘Animal sentience’ has been recognised in UK law, this is a giant step forward in issues of animal welfare. When we accept that animals can feel, we’re more likely to treat them with respect and kindness. Secondly, by capturing the incredible beauty of my subjects I want to help people look more closely at the animals that I paint and recognise that there is a deeper level, a wealth of emotions, needs and desires that lie within each and every creature. My wish is to express the love and deep respect that I have for animals.

I am delighted to be releasing my first collection of prints, it is an exciting opportunity for my work to reach a wider audience. 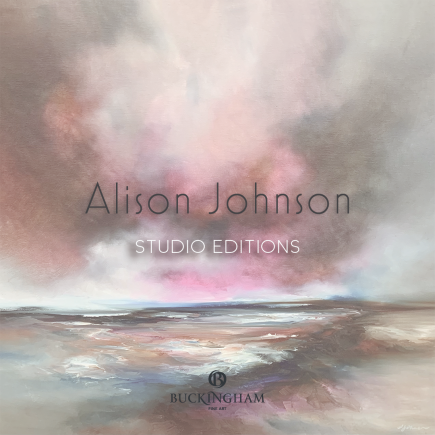 Alison’s superb sea and skyscapes have been reproduced to an unprecedented standard. This premier collection is mixed media ‘Studio Editions’. Hand produced canvas editions are embellished and enhanced with oil paints and varnishes to create a unique edition with no two the same.

Based on Alison’s stunning originals these six editions produced to only 45 copies with 10 artist proofs are beautiful in both reproduction and composition, offering the collector a unique opportunity to share in Alison’s original canvas and to enjoy the vibrancy, texture, and originality of her individual style. These stunning Studio editions have a framed RRP of £595.