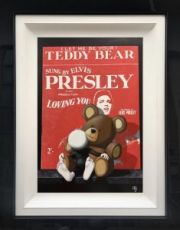 Let Me Be Your Teddy Bear ~ 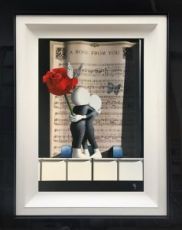 A Rose From You Butterfly 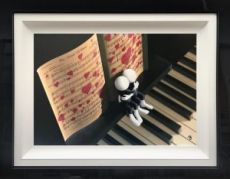 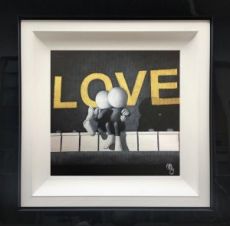 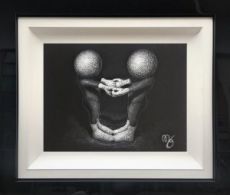 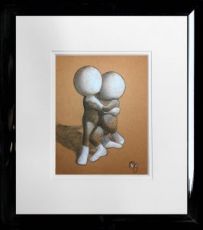 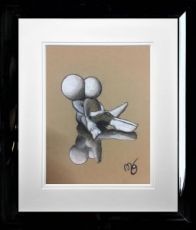 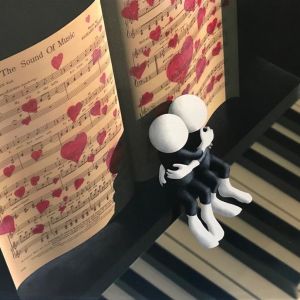 Newcastle upon Tyne born, Mark admits he would struggle to find work other than painting. He says If I hadnt have had a talent for painting and drawing I would dread to think what I would have ended up doing as a career. The beauty of creating images that normally wouldnt exist in real life is what art means to me. Whenever I see photorealistic paintings it fills me with sadness.

His method of working is different from the traditional approach. Normally artist would work from light to dark but he finds it natural to work in reverse from dark to light. Working exclusively in oils, he always starts with a completely black canvas and add highlights until he finds the balance in contrast. He works hard at composition and at the geometry emphasising light and shadow. He also likes titles to give clues: there is always a strong sense of narrative.

Every original painting is time consuming and can take several weeks to complete.

Marks hugely successful musical series was a complete sell-out with his former publishers and his originals and limited editions often sold within a few days of issue. Due to the painstaking attention to detail, original paintings are in short supply leading to a high demand.

Continuing on that theme after a break of 5 years, Mark has joined Buckingham Fine Art who have added a new dimension to the new 'Ebony and Ivory' releases by offering not only canvas, but 3D high gloss editions. Says Ray Loud, Buckinghams director: "It occurred to us that the obvious move for Mark was a resined edition which, with its high lacquer finish, gave a new dimension to his work. Not only that, but by using black and white lacquered frames the whole piano look fused beautifully with the artwork".